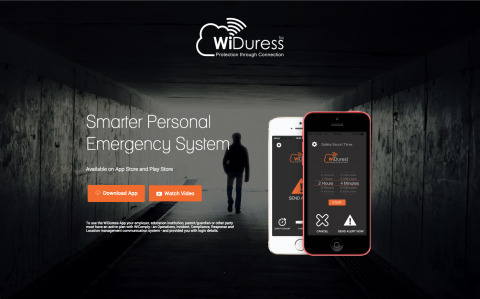 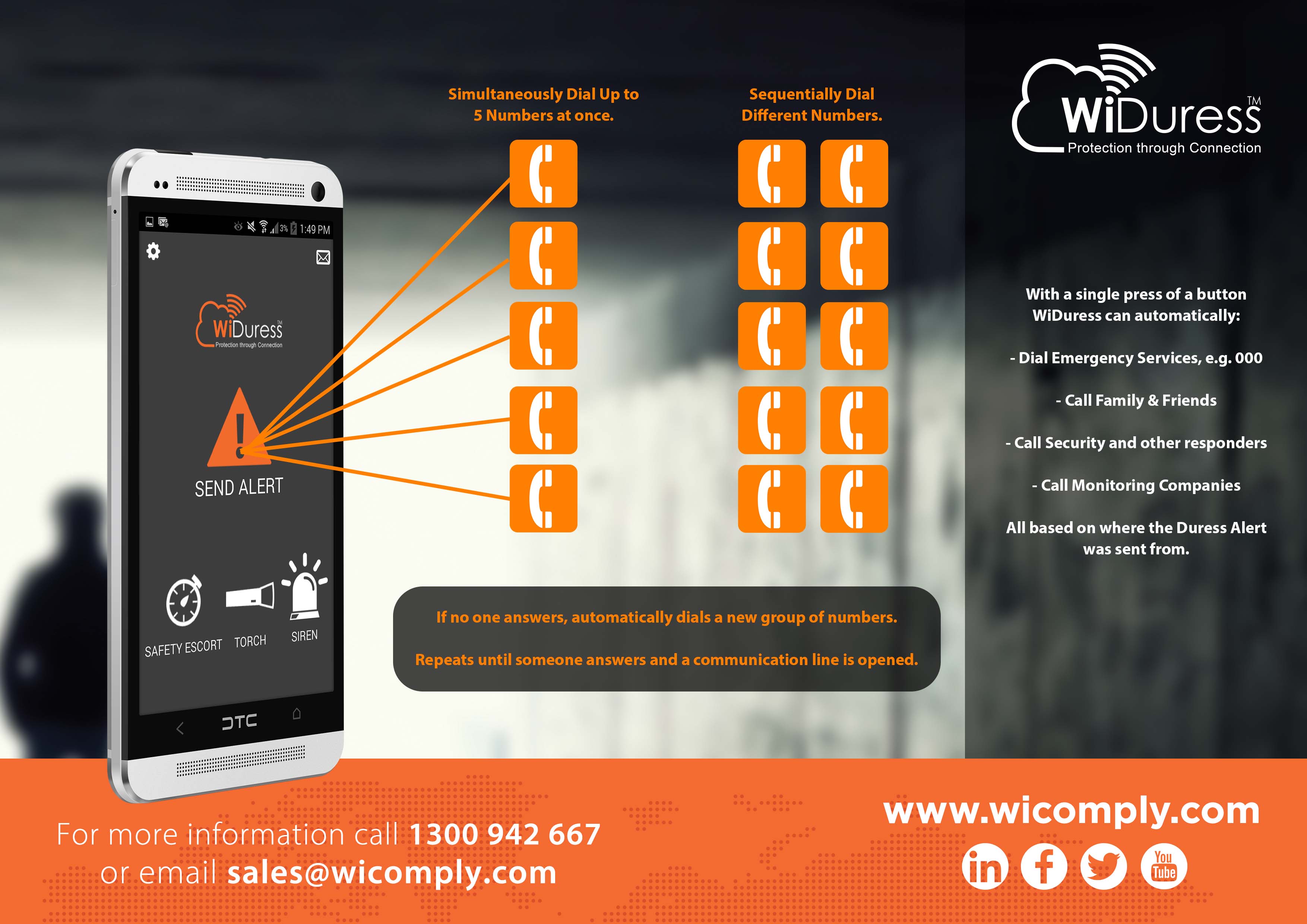 WiComply can now provide optional Simultaneous and Sequential telephone capabilities for WiDuress Alerts enabling multiple phone numbers to be automatically dialled through a single press of a button.

WiDuress incorporates advanced communication capabilities that automatically send Push, Email and SMS alert messages to as many people as our customers want.   Additionally, customers can visually monitor all alerts through WiComply's location module as well as receive an automated telephone call from the WiDuress device allowing open line communications where responders can listen to surrounds and communicate with the individual.    All of which can be intuitively programmed based on where and when the duress alert was activated.

Only about one quarter of South Australians feel safe using public transport at night, survey reveals WiDuress serves as a significant tool to increase the security and wellbeing of your employees, students and family. With a single press of a button a loud siren and flashing light is emitted to both attract attention and deter threats as well as instantly alerting safety contacts. As 2015 begins, the Occupational Safety and Health Administration (OSHA) is sharpening its emphasis on inspecting and citing employers who violate its record keeping standard. This takes on greater importance because of the changes and new reporting requirements that became effective on January 1, 2015.

Following preliminary results from the Bureau of Labor Statistics' 2013 National Census of Fatal Occupational Injuries indicating that 4,405 workers were killed on the job in 2013, important changes affecting all US employers were announced which require employers to report all work-related fatalities, in-patient hospitalisations, amputations, and losses of an eye. These reporting requirements apply to all employers under the OSHA jurisdiction, even those exempt from record-keeping requirements due to company size or industry. Previously, OSHA only required employers to report work-related fatalities and hospitalisations involving three or more employees.

China has experienced a prosperous period of economic growth over several decades, it has also had a series of high profile disasters that caught the public’s interest regarding workplace safety. One of those disasters was the Qingdao Oil Pipeline explosion of 2013, which claimed the lives of 62 people and injured many more. This prompted the passage of legislation on 31 August 2014 to amend the Production Safety Law, which took effect 1 December.

The tougher, amended Work Safety Law is just one part of a concerted push by the State to improve work health and safety.   The amendments focus almost entirely on toughening laws against companies and “persons in charge”, in respect of work health and safety responsibilities.   Seventeen new Articles and a host of other changes result from the amendment to the Work Safety Law.

The main amendments may be categorised as falling into the following 4 areas:

WiDuress alerts can be easily activated through voice command. Watch the example video.

You can access all WiComply/WiDuress Brochures and Flyers here

Assisting Healthcare Operators to be compliant

If you want to send documents via SMS or Push Message, it is easy with WiComply. You no longer need to be reliant on email to send files.